Before we go into the whys and wherefores of this very moment and its celestial significance, let’s talk for a minute about seasonal energy and how we can use it to our advantage.

Going along with what already is

If you work *within* Universal vibrations and *along with* the resonant energy, things are generally easier than if you are going against them.  The best way to work out what those vibrations and resonant energies are is by observing your environment and surroundings, and by bringing your attention into nature to see what the other life forms around you are doing.  The ancients of all cultures, not just Chinese, but on a global scale, had this kind of thing well sorted, pretty much because it was all they had – in terms of information gathering and environmental observation.

The Controlling Nature of Modern Humanity

The thing with modern life is that we have been conditioned to forget about these things in favour of an attitude of control – where we control everything from the amount of light we get to the temperature inside our houses.  But nature already controls all that. We just need to attune to it, listen to natural environmental signals and the needs of our Higher Self, and do something that the ancient Chinese knew well – Wu Wei –  Ultimate surrender and going with the flow. 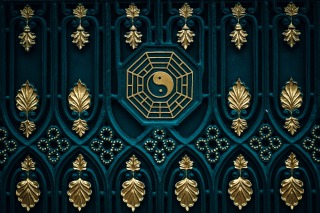 In going with the flow you find the path of least resistance and, in a way, kind of “latch on” to the already powerful, changing Seasonal energies – sort of like a skateboarder holding on to a semi-trailer and hitching a ride up the freeway.  If you choose not to go with the flow things may still happen for you, but it is possible that they be more difficult.  If you take the opportunity as it presents itself, the Seasonal energy is at your back and everything you do is more likely to be supported. This of course is all about philosophy and has no scientific “proof” because science is all about control and the absence of the ethereal energetic planes.

The Energy of Autumn

Philosophically, spiritually, mentally and physically “Shedding Your Skin” is the prevalent energy of Autumn.  It pertains to the Metal element in Chinese medicine. Its negatively vibrating manifestation is the inability to release or resolve grief, sorrow, or

protracted and extended mourning.  Its positive vibration shows itself when there is relative ease in letting go, cleansing, or transforming the old to make way for the new. The affected organ systems within the Chinese medicine framework are the Lung, which is mostly affected by grief, and the Large Intestine, which is responsible for letting go of yesterday’s waste.  Strong Lung Qi can withstand grief by processing it in a positive and transformational way, and keep the immune system functioning well (by anchoring the Wei Qi) without respiratory issues, and strong Large Intestine Qi can let go of and eliminate things that are not needed in a controlled, regular and complete way, without upsetting the normal gastrointestinal (as well as social, mental or spiritual) function.

This Seasonal shift forms part of the foundational essence of Chinese Medicine.  Acupuncture and herbs have been targeted toward mitigating its effects for millennia, beginning with the Huang Di Nei Jing – a major classic written over 2,000 years ago.

To live, eat, exercise & breathe in true accord with Seasonal energies, Central Highlands Pain & Wellbeing can show you the Way.  Working with Autumn energy to preserve Lung & Large Intestine function or support their Qi on every level, find yourself a time for some personalised advice, acupuncture & Chinese herbs.  Central Highlands Pain & Wellbeing welcomes all clients, new and old. Numerous session types are available for all incomes, from 1 1/2 hours personal, one on one time, to 30 minutes Community Group Acupuncture sessions. You can book here.