Transformation carries through all aspects of life – in fact, it is one of the fundamental experiences of not only the human condition, but that of all living things. Lately in the clinic, we’ve been talking about ancestors, and how their energies transform throughout the generations to ultimately reflect on individual health.  This article will give you a bit of a background on what it’s all about.

This concept is widely accepted in Traditional Chinese medicine (TCM), whose practitioners have been aware of it for thousands of years.  There are even acupuncture points which specifically target the energetic recesses of ancestral spirit expressions. The concept of Ancestor spirits dates all the way back to Chinese medicine’s shamanic roots, in the Shang Dynasty (1600 – 1046 BCE).

On one hand, it’s very obvious when mothers and daughters, or fathers and sons, present with similar pathologies, similar tongues & pulses and similar health complaints  – they share the same DNA, as well as the generational patterning that we all fundamentally inherit from growing up within families. So it stands to reason that they are going to end up being fairly similar.

On the other hand, it can sound a bit fluffy and ethereal for the likes of the seasoned intellectual.  Especially when you bring the word “Karma” into it.

HOWEVER. “Ancestral Karma” – a term widely used in shamanic cultures, some types of psychology and Eastern religious philosophy – is now known to be actually a thing.

While it sounds mystical, etheric and a bit weird, it is actually quite logical, as has recently been revealed.  It expresses itself on the sociological, physiological and psychological levels as Transgenerational Trauma, which has roots in DNA transcription.

Scientists discovered recently that experiences of individuals before they procreate, causes their DNA to adapt to traumatic stimulus in different ways (Miska & Ferguson-Smith, 2016).  For instance, a person grows up living in a very cold and windy environment – so their DNA adapts to express genes that will allow them to cope with this particular environmental stimulus.  Epigenetics is the term used to describe this on a scientific level.  Where this is quite an adaptive and useful gene expression, the same would also logically apply to wars, famines, and utterly tragic mass-genocides, including the World Wars, the Vietnam War, the Holocaust, First Nations massacres, genocide and Stolen Generations. Suggestions have been made that intergenerational trauma can be inherited by future generations, at least on a physical, biological level.

How does it relate to you?

But what of Karma,ancestral or generational transmission of energetic imprints, personality & behavioural traits, or spiritual beliefs? Is that thing about yourself that you aren’t that fond of really YOURS, or did you inherit it from someone three, four, six generations back?  Just because you inherit something, doesn’t mean you have to keep it. It’s up to us to make the choice. But if we’re not first conscious of something, at least on a psychospiritual level, we can’t choose, can we?  Health-wise, we can make different food and lifestyle choices and aim toward prevention of the chronic health issues our ancestors passed down to us. 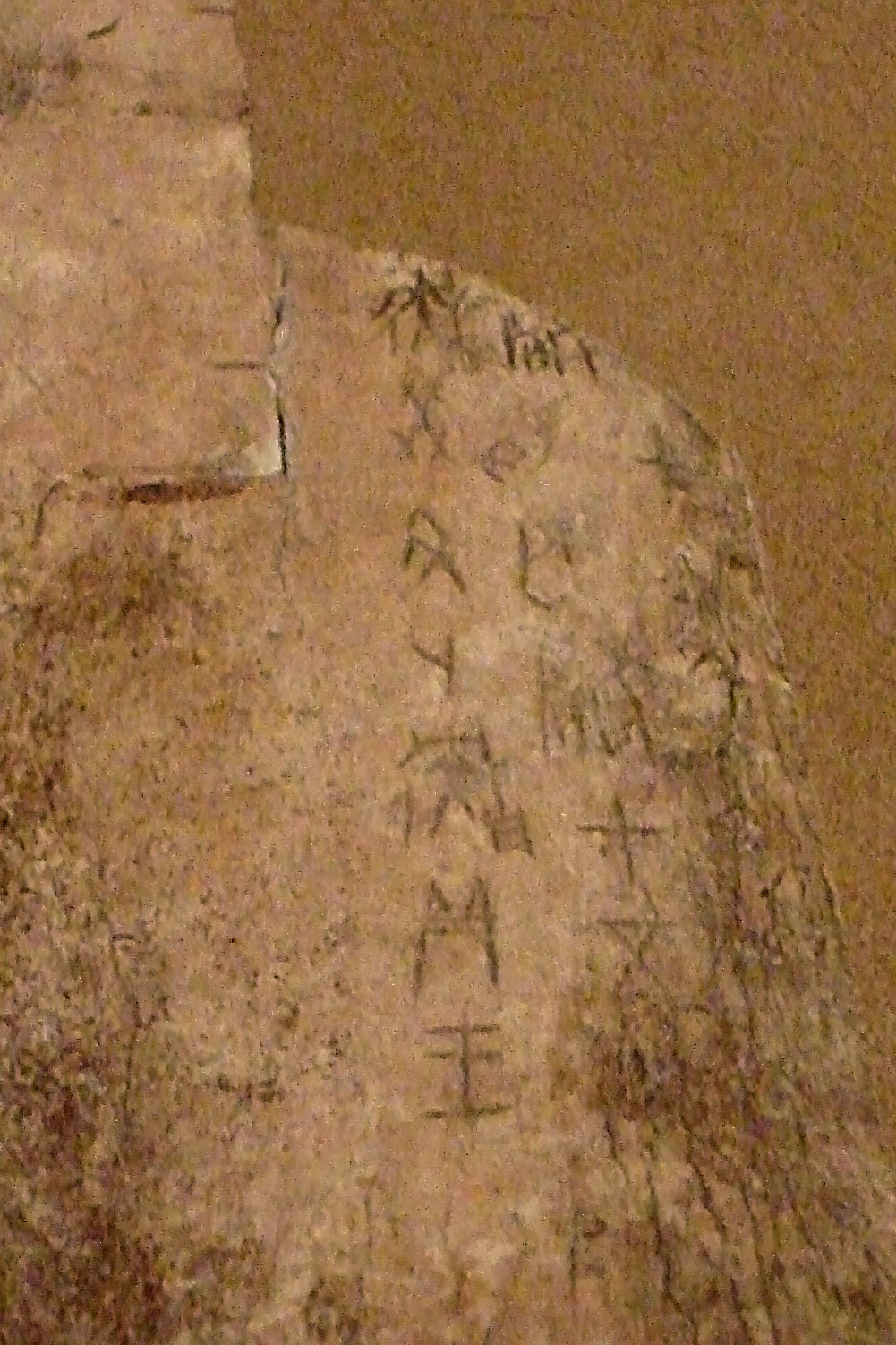 spirit-based, and biological symptoms were merely their mainifestation on the Earthly plane.  Magicians, sorcerers, shamans and diviners built the foundation of what has now been diluted and dispersed throughout Chinese medicine.  They created a system of divination called “Oracle Bones”, using sheep scapula or tortoise shells with symbols scratched in them indicating options for results, and held over fire, which cracked in a particular direction to indicate the will of the ancestors and advise the seeker of certain outcomes.  These divinations stimulated further development during the Zhou Dynasty when King Wen is said to have channelled the 64 hexagrams of the Yi Jing, the “Book of Changes”.  The Yi Jing forms the basis for numerous systems of modern acupuncture practice, particularly Dr Tan’s Balance Method.

Bamboo segments were among the earlier tools used when the ancients created what we now know as Cupping therapy. It is now known on a biological level to increase circulation and open peripheral capillaries, and stimulate endocrine & nervous system

impulse – but it was initially developed to remove energies sent by ritually neglected, unimpressed or angry ancestors.  This example shows a very clear division of paradigms but is equally relevant, no matter how you view it. There are many aspects of shamanism which carry through to modern Chinese medicine. Through its incredibly detailed and historically diverse development, the shaman’s roots have carried through.  They gave us the basis for Zhang Zhong-Jing’s “Shang Han Lun” by attributing exterior disease to “Pernicious Wind”. They formed the foundation for Worsley 5-element acupuncture, and other more esoteric, energetic & spiritually based treatment styles.

So now, thanks to the Ancients and their alchemy, we still have the equipment to clear that ancestral karma. After all, health is all about people, and people were there a long time before science was.

If you’re into this type of healing, you can talk about it at your appointment. Or you can just come in and talk about your sore back. Entirely up to you!

Book for a session.